Taylor Morrison Home Corp. has formed a joint venture to buy the unfinished Pacifica San Juan home development in San Juan Capistrano, situated on one of the last major undeveloped coastal tracts in the region.

Scottsdale, Ariz.-based Taylor Morrison(NYSE: TMHC) didn’t disclose financial terms of the deal, which was made in partnership with Los Angeles-based Oaktree Capital Management L.P. and San Francisco’s DMB Pacific Ventures, but called the purchase “one of the most significant real estate transactions” in California this year and “a milestone in the continuing recovery of the residential real estate market.”

Pacifica San Juan, which sits on an ocean-view bluff overlooking San Juan Capistrano and Dana Point, was previously owned by Lehman Brothers Holdings Inc., which declared bankruptcy in 2008. Development on the residential community began in the early 2000’s but the recession stalled construction and the site lay dormant for years with only 98 of the anticipated 416 homes being built.

In September, a Wall Street Journal article reported Lehman, which emerged from bankruptcy in 2012, was selling the 250-acre Pacifica San Juan project and that it could fetch more than $150 million. Last year, Lehman sold a 308-lot Marblehead subdivision in San Clemente to a venture that included Taylor Morrison, Oaktree and TPG Capital for $205 million.

“Pacifica San Juan is an incredible opportunity for Taylor Morrison to take what started as a beautifully conceived community and execute the original vision,” said Phil Bodem, Taylor Morrison’s Southern California division president. “With roughly one quarter of the community already built, we are eager to restart construction so that the new residents, as well as the existing residents, can enjoy the benefits of this best-in-class community.”

Lehman originally hired DMB Pacific Ventures in 2013 as its development manager to prepare the property for sale, but the firm said it later became convinced of the property’s merits and partnered with Taylor Morrison and Oaktree Capital to form a development team.

“I cannot think of a better sponsor for the community and its future success than the team we have assembled,” said Mark Kehke, a managing partner for DMB Pacific Ventures.

Pacifica San Juan was one of the few remaining significant assets in the Lehman Brothers real estate portfolio, which the Wall Street Journal estimated at $4 billion. The property is expected to hold six types of homes, ranging from small attached lots to estate lots with ocean views, as well as a 7.3-acre school site, according to the Orange County Business Journal.

< Back to News Page 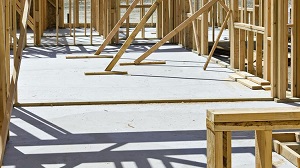